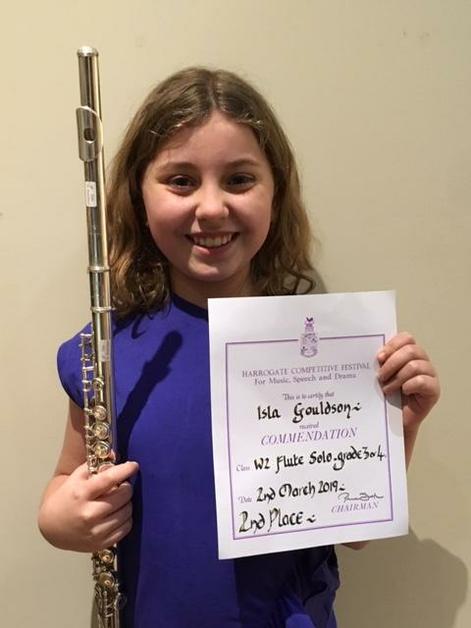 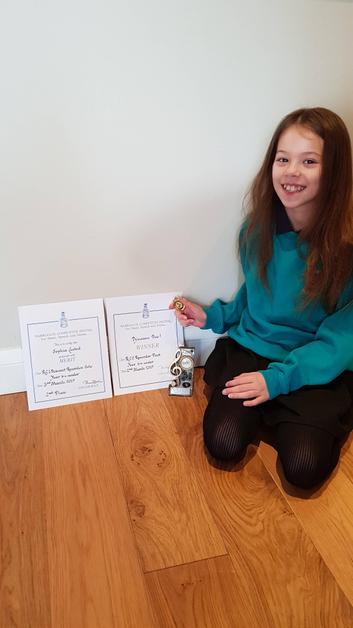 Congratulations to Isla Gouldson who represented Oatlands at the Harrogate Festival last weekend in the Flute Solo Grade 3-4 Category.  Isla performed two pieces, which was commented on by the adjudicator who praised Isla for her hard work on practising both pieces. Isla gave a wonderful performance showing confidence and pure enjoyment for music, receiving a commendation and second place in the competition.

Both children are wonderful role models for our school and its values and we can’t wait to see what they achieve next; we’re hoping they will share their talents in the Summer Concert this year.

Congratulations to Archie Sculthorp who represented Oatlands last weekend at the festival competing in the Prepared Reading Class.  Archie was placed third out of 15 and was awarded a Commendation and received some lovely feedback, ‘You enjoyed bringing your world to your audience’. Archie also competed in a group acted scene and the Solo Acted Scene age 11 and under, achieving second place and awarded a commendation. Well done on all your hard work.

Well done to our Novice Choir who competed in the last weekend of the music festival, led by Flossie who was conducting.  It was a joy to see this performance and Miss Barrett, parents and myself were incredibly proud of all the children who took part. Children sang two songs, When I grow Up and the moving song Say Something, which the adjudicator commented, ‘you sang well together with rhythms, beginnings and ends of words, you sang with much expression and a lovely ending.’ The choir was placed second just missing first place and received a commendation.  A special thank you to Flossie and to Bea who managed the choir throughout all the rehearsals.

Another wonderful performance was by Archie Lusted on drums who received a Merit and was placed second.  It was wonderful to see Archie’s confidence and talent during this performance.  We look forward to seeing him also perform at this year’s Summer Concert.

It’s been a real pleasure to see our young children perform and compete with confidence and how much talent we are proud to have at Oatlands Junior School.

A wonderful day at the National Trust Fountains Abbey where Madeline, Katie and Rosa recieved their prizes at a special prize giving event.  They recieved a special mention about their high standard of their Folly designs and how torn the judges were to choose a winner.   Madeline and Katie recieved the  prize of Commended, with Madeline also receiving Best in School  and Rosa Awarded the shortlisted prize. A proud moment for Rosa, Madeline and Katie’s families and a beaming Miss Joseph. It was wonderful to look around the Folly’s and see the winning design by Foster Carter age 11 from Catterick Garrison School. We wish him congratulations from all at Oatlands.  We are very proud of their achievements as they won these out of 1800 childre.  Thank you to the National Trust and the North Yorkshire Society of Architects for creating this competition and to Ruth Donnelly for providing a workshop inspiring all the Year 6 children. 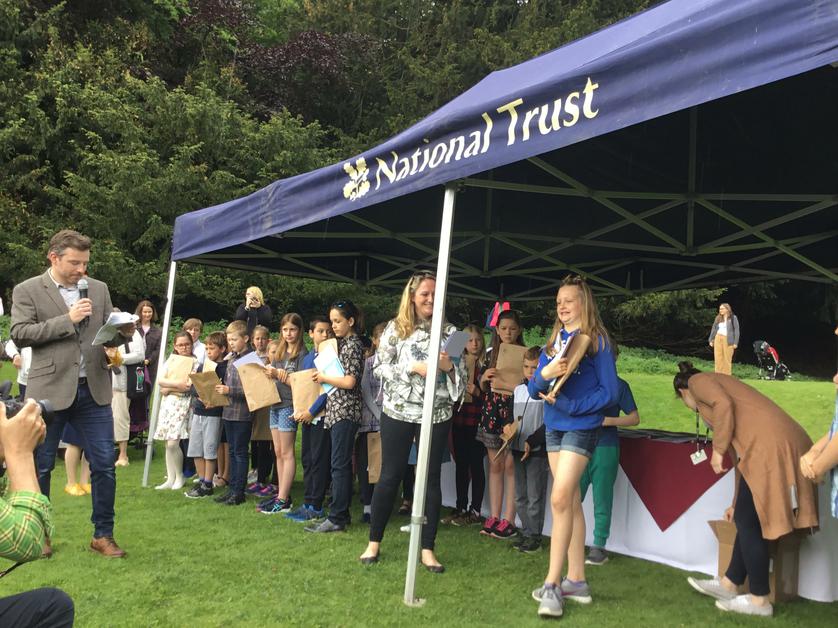 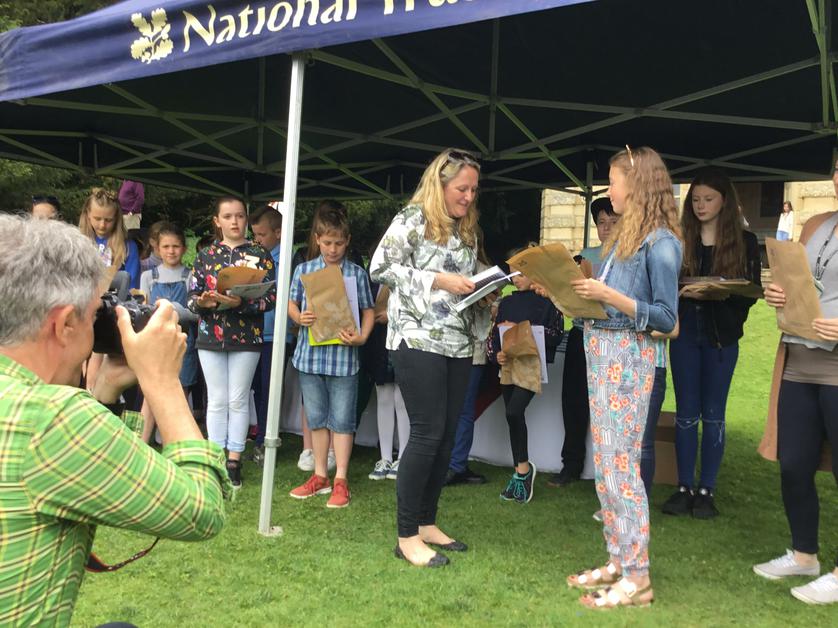 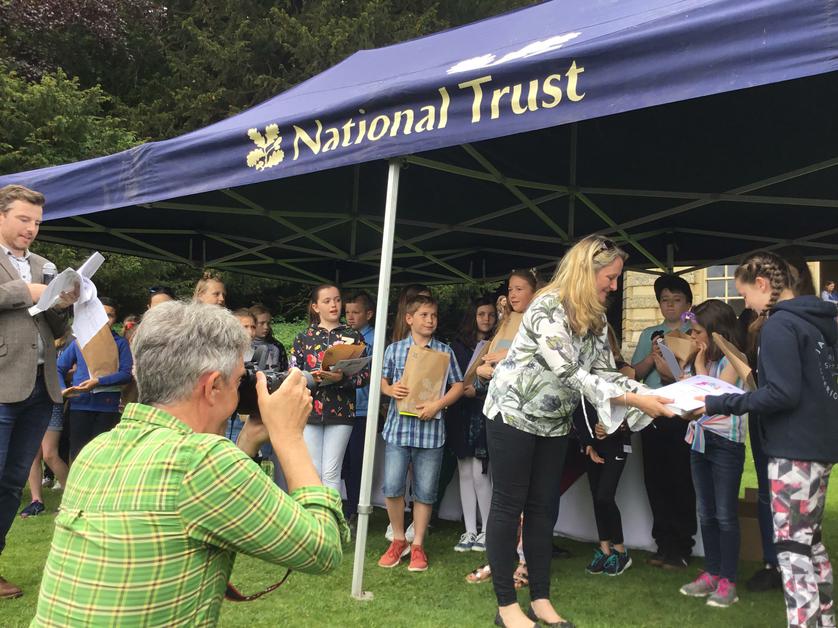 Oatlands Junior School Choir by Jack Brierley Winners of the Novice Choir Year 6 and Under Class.

Oatlands Junior School Choir by Jack Brierley competed against Foxhill Primary School Choir and  Starbeck School Choir performing Hallelujah by Leonard Cohen and Higher by Sigma and were presented with first place and awarded the Edward Long Cup.  Adjudicator Jacqui Edwards comments; ‘You all achieved a lovely blend in this one, even on those high notes. The back row of girls ( Layla, Amina, Kathryn and Phoebe) have some beautiful soprano voices developing. Rhythmically, this was quite tricky stuff, and you all stayed together as an ensemble. So very well done to you all.’

Congratulations Joe on receiving the shield for Percussion or Drum Kit (Year 6 & under) Class.
Jack received a well deserved Distinction and came second in the Solo Singing Musical Theatre class of 16 competitors during the festival.

This year Oatlands has taken part in the Harrogate Competitive Festival for Music, Speech and Drama.  Children have been rehearsing ready for their performances over the first three weekends in March.

Outstanding performances were seen this weekend by many of our children who took part in the festival. Krish Desha - Beerachee who represented Oatlands Junior School for three classes received the following.

Year 6 and under - Commendation

Year 9 and under - Distinction - 2nd placed

Hollie Bassham and Chloe Brett delivered an excellent performance of Charlie and the Chocolate Factory and received a Commendation. The adjudicator Louise Manners congratulated both of them on their natural talents and wonderful performance as their first time at the event. Chloe and Hollie’s enjoyment and clear love of performing shone through in their acting.

‘We would like to extend our warmest congratulations to Madeline, Katie and Rosa, from your school, who have both been awarded prizes and we enclose invitations for Madeline, Katie and Rosa to take home which invite them and their families to our prize giving event at Fountains Abbey in May’. Emma Manners, Learning Officer National Trust.

Well done to all year 6 children who took part in this project the standard was incredibly high from Oatlands and all together their were 1800 entries to this competition.

Madeline Awarded a Commendation and Best in School 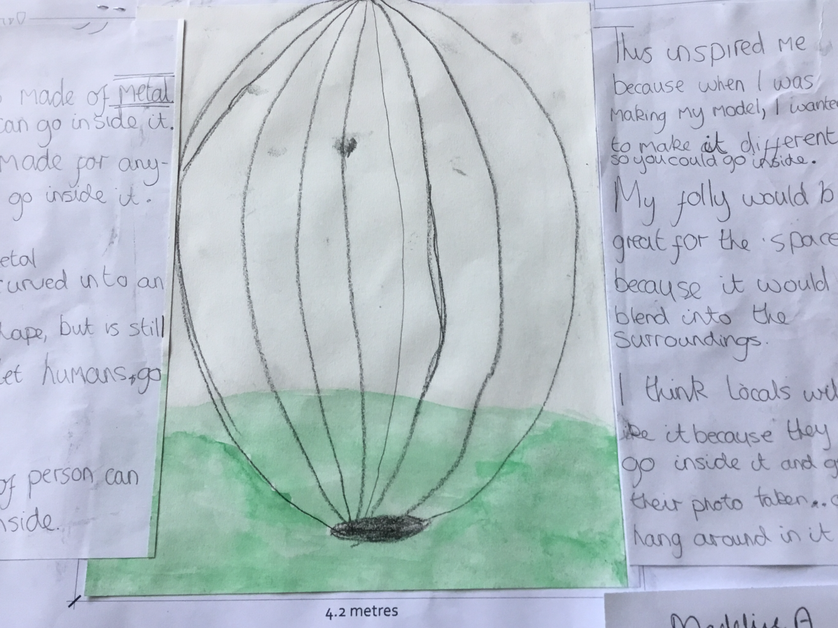 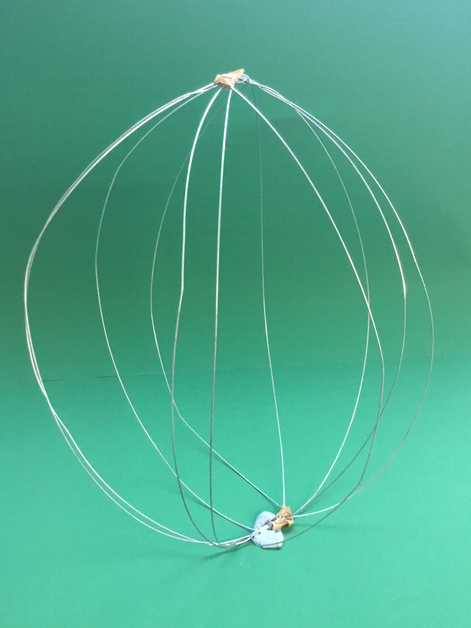 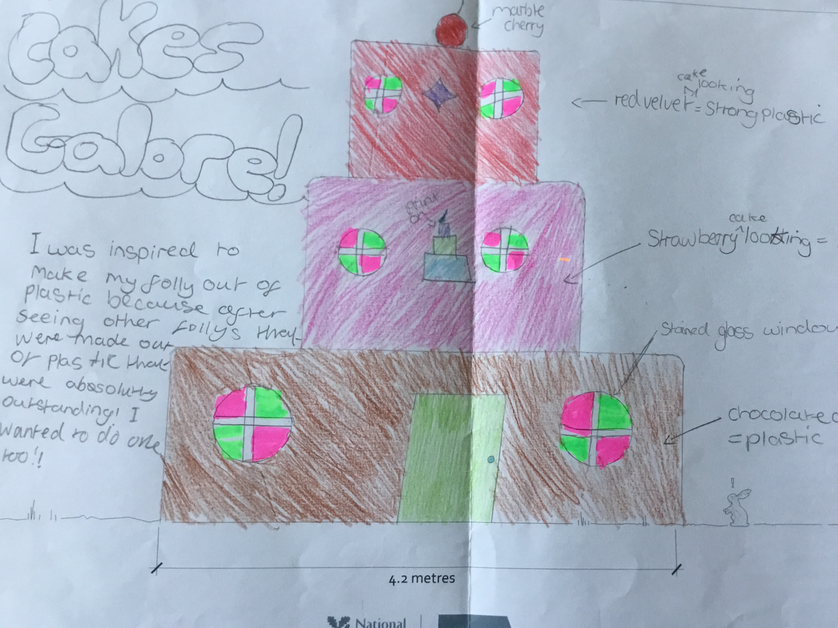 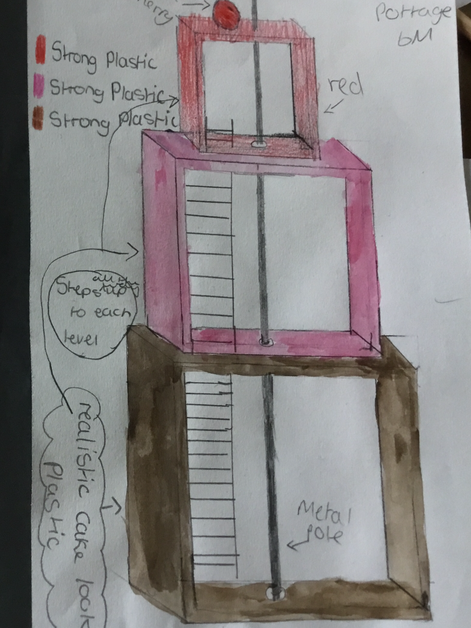 Rosa Awarded for the Shortlisted Category 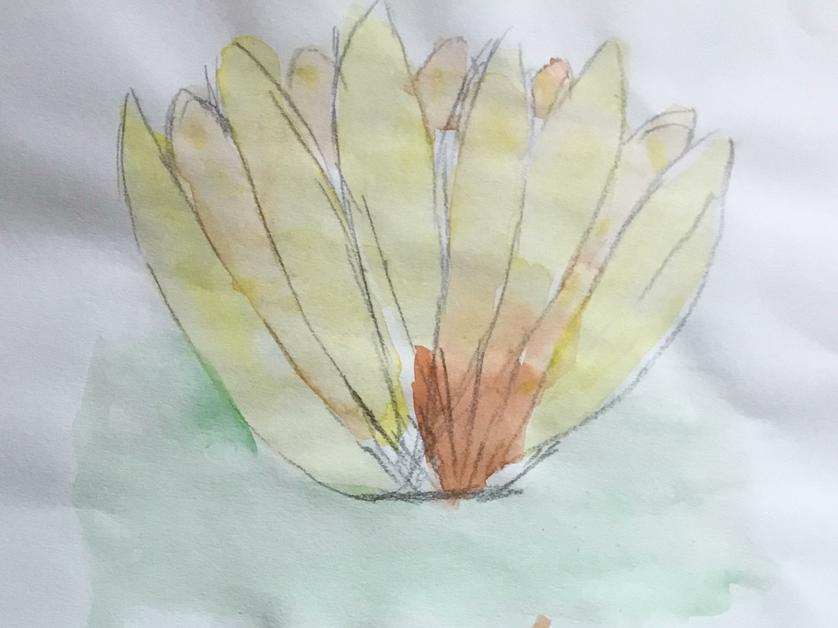 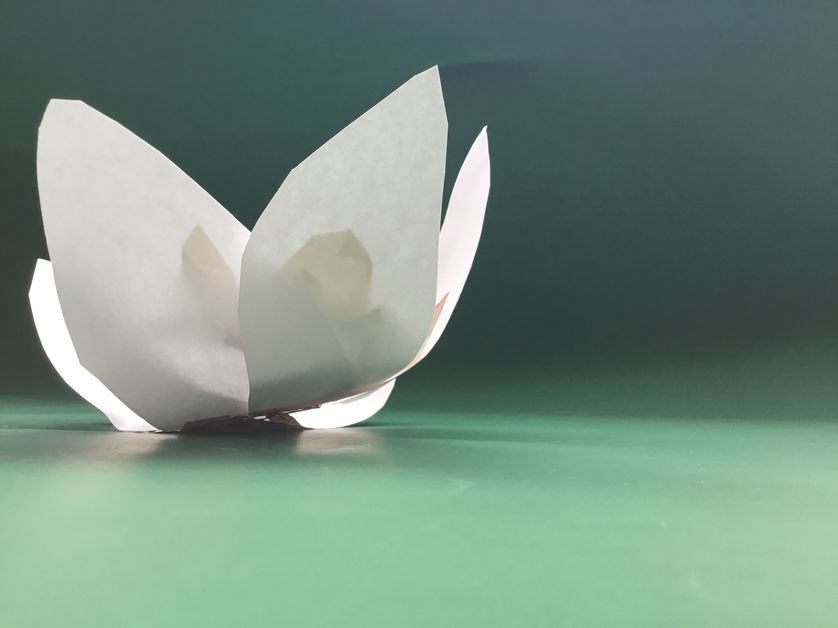 Thank you to Andrew Stewart for inviting us to take part and exhibit at his wonderful art gallery on Cold Bath Road. A  fantastic opportunity for our year 6 leavers to have a voice for their hopes, dreams and wishes.

Congratulations to our two Art Club members Charlie Simpson and Harry Bearne who have won awards in this UK prestigious prize for their excellent talents in speciman drawing. Charlie received an Outstanding Award in the 7-11 Category, winning a fantastic day at the renowned Royal Veterinary College in London. Harry received a Highly Commended Award.

Congratulations to Dan and Amy for their shortlisted photographic entry of herbs selected as favourites by the judges. 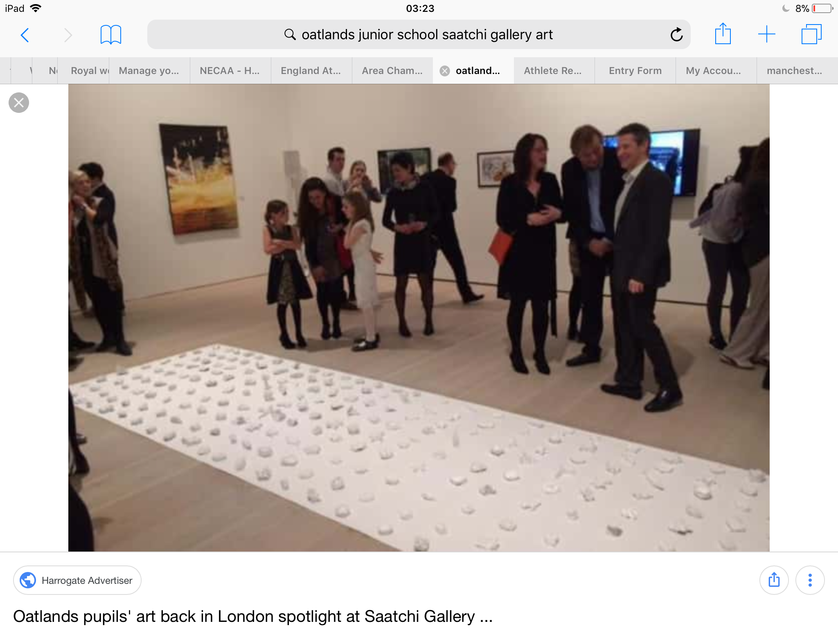 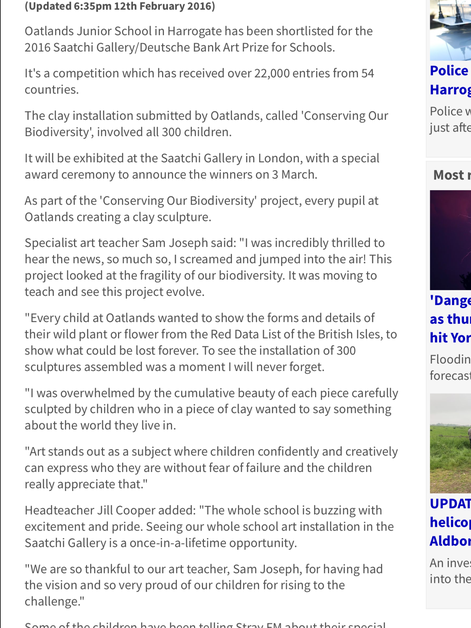 Congratulations to both Robin and Isabel for being shortlisted for their beautiful photographs. Their work was exhibited at a special exhibition in London by the RHS.