At Oatlands Junior School, we aim to nurture our pupils’ understanding of the world and its cultures through high quality language teaching. We want to foster a love of learning language, promote positive attitudes towards other languages and understand that communication in our global society is dependent on our knowledge of other languages.

Merry Christmas from around the world!

The French Ambassadors have been creating Christmas cards to send out, writing Merry Christmas in a whole range of different languages. 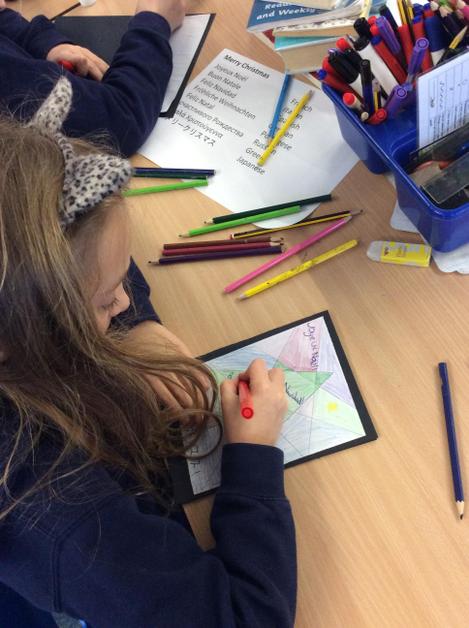 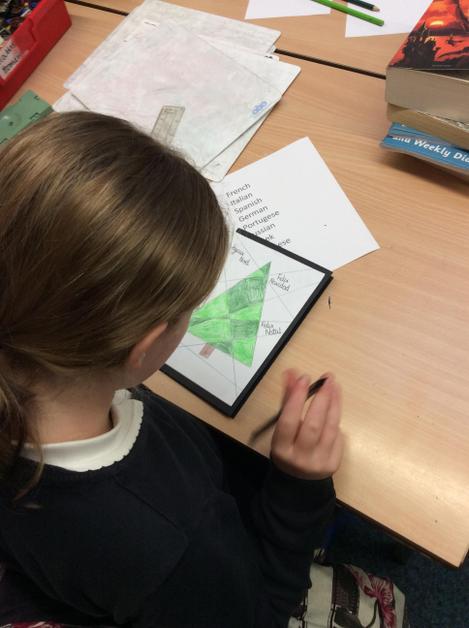 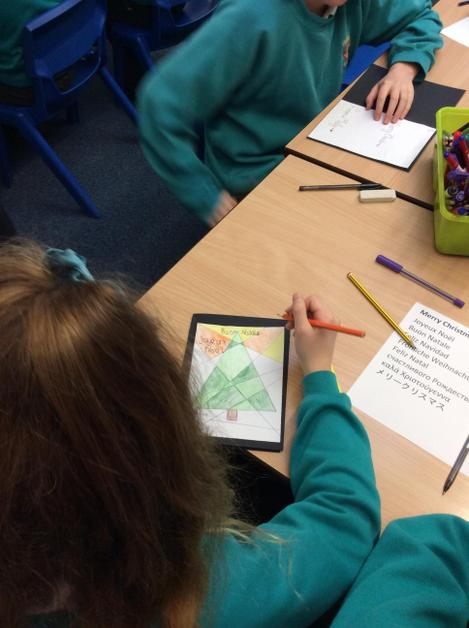 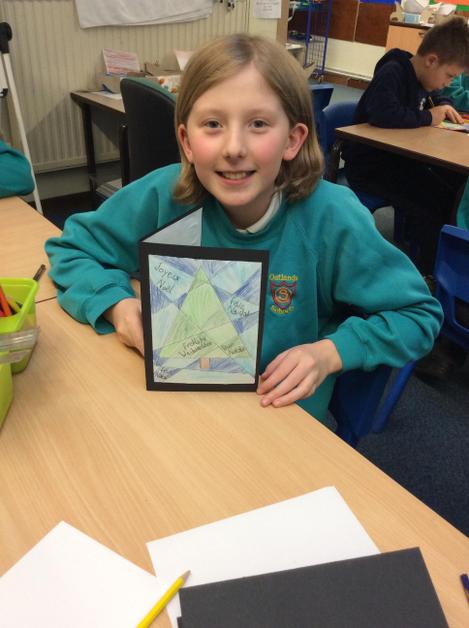 Each year group have created a set of flash cards for the key vocabulary they are looking at this half-term in French.

Year 6 are looking at food, Year 5 family, Year 4 parts of the body and Year 3 colours. They can use these whenever they have a spare moment during their lessons! 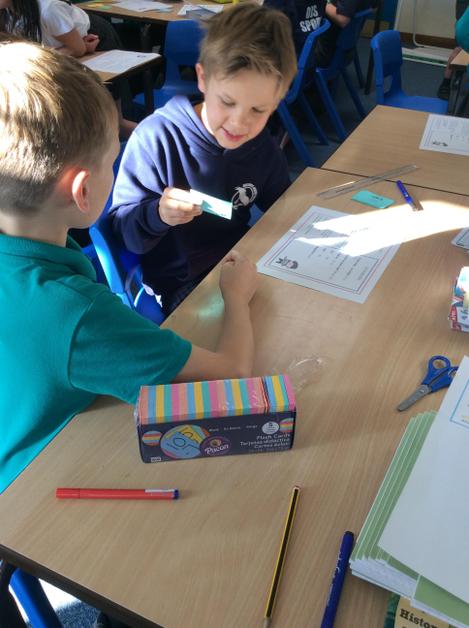 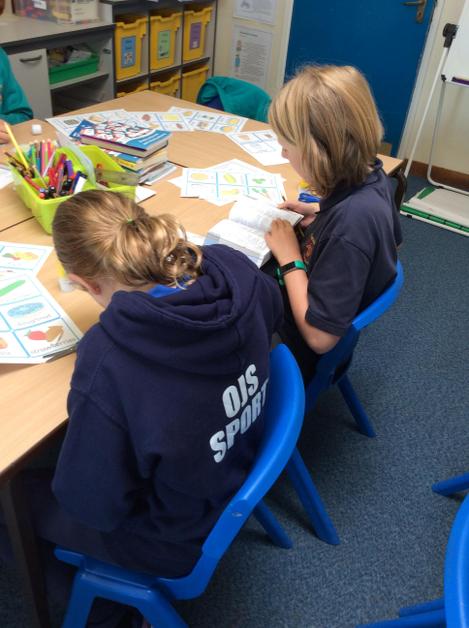 European Day of Languages takes place each year on 26th September. This year, the French Ambassadors taught each class how to say 'Hello, good afternoon' in a whole range of different European languages. The children in class then had to guess which language it was and match it to the correct flag.

Our French Ambassadors are vital in promoting engagement and enjoyment in their French lessons across school. We will meet every half-term to practise new songs and put together games that hopefully all children can learn and enjoy.

Our first French Week was a great success! We spent the week learning about the geography of France, writing postcards from the destinations we'd found out about; creating pieces of artwork based on Matisse (Y3), Van Gogh (Y4), Seurat (Y5) and Toulouse-Lautrec (Y6); learning about food and how to order in a cafe in France; making models of French landmarks (lower school) and researching famous French people (upper school). On Friday, Year 6 ran a French cafe and the whole school were treated to a snack and a drink which they ordered in French. The French Ambassadors put on a play for everyone to watch, 'Le Navet Geant', (The Enormous Turnip) which was a huge hit!

This half term's register language...

Each half term, the pupils and teachers at Oatlands take the register in a different language. This half term, we are learning how to greet each other and ask for our lunch in Yoruba, a West African language spoken in Nigeria.

The French ambassadors were invited to watch a French play, Ti Jean et la chevre, at GSAL in February. The performance, by the Theatre sans Frontieres, told three stories from French speaking countries of Mali, Canada and Cambodia. Through fantastic acting, gestures, props and songs, all children were able to understand the plots. It was a brilliant morning and really great to see the children so captivated by storytelling in a language other than their own!

Our French Ambassadors, two per class, are voted in at the start of the year. Their role is to help promote French and help the teacher by leading either a game, an activity or a song in the French lessons. We meet once a half term to learn some new activities and are always excited to take it back to class to try it out! 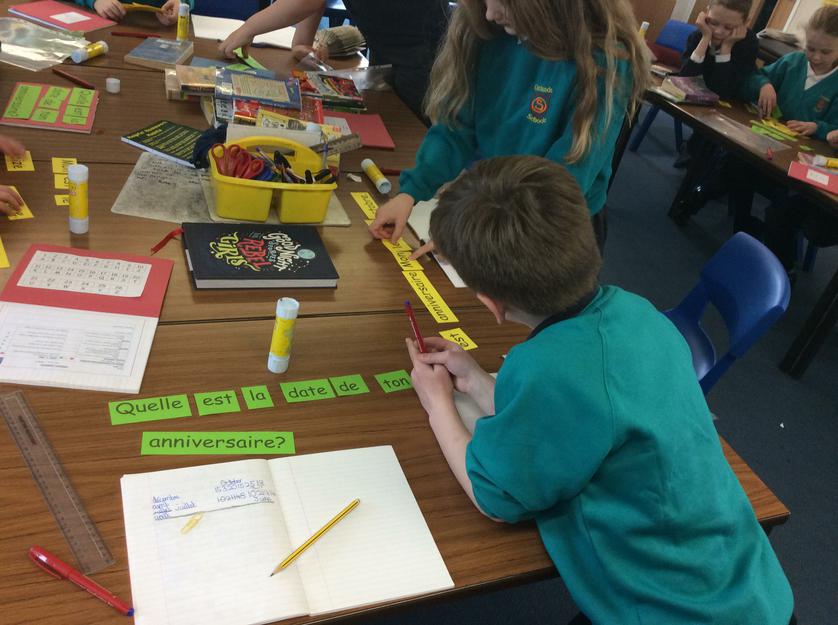 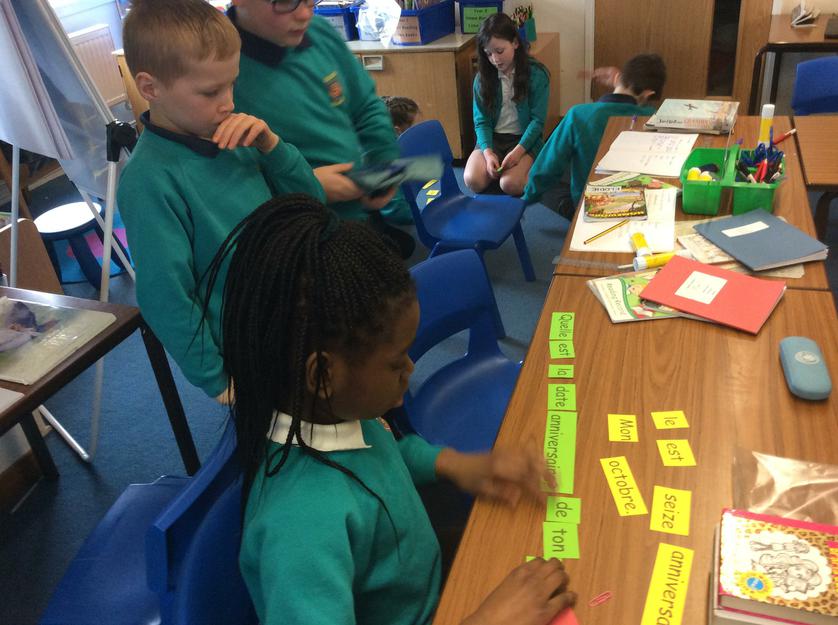 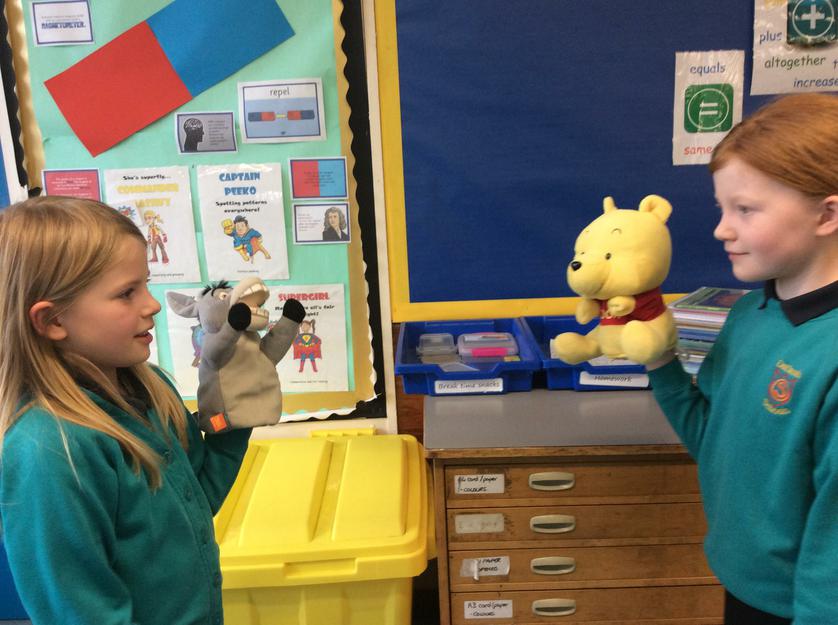 Help us out by asking us: "Quelle est la date de ton anniversaire?"