Welcome to our class

During Enterprise Week, we have been learning about calculating with money, making a profit and how to give change. In addition, we have worked in groups to design a stall for Enterprise Afternoon next Tuesday. We have worked hard on the advertising, making colourful posters and catchy adverts for the radio. You can listen to these on the links below! Would you be persuaded to buy something from our stall?

We are continuing to read 'Lionboy' by Zizou Corder. Will Charlie find his parents before Rafi Sadler finds him?

We will visit the library on alternate Friday afternoons.

We will be having our PE lessons on Mondays & Thursdays. Please make sure you have your kit in school every week.

French Week in the Falcons!

During French week, the Falcons enjoyed learning about the geography of France; its bordering countries, seas, main rivers and mountain ranges. We wrote postcards to our families and friends imagining we were on holiday in the different places we'd learned about. We were inspired by the work of Van Gogh, who despite being Dutch, spent his latter years painting the landscapes of Provence; we worked in groups to build models of famous French landmarks, from the Eiffel Tower to the George Pompidou centre. On Friday, we visited a French cafe in the hall, which was being run by the Year 6 pupils and enjoyed ordering a drink and a snack in French. In the afternoon, we watched the French Ambassadors' performance of the play, 'Le Navet Geant' (The Enormous Turnip)

This week we took part in the Big Brain Bounce, organised by the PTA, raising money for a local mental health charity. We had fun bouncing around the hall and even held some relay races on the spacehoppers!

On Thursday, it was the eggs-traordinary Easter egg competition! We had a bumper turnout in the Falcons, with eggs decorated as many things, from a smurf to an egg-splosive, from the Brexit politicians led by Teresa Mayo to Egg-eline Pankhurst! A brilliant effort put in by everyone - well done to you all! I thought they were fantastic - we'll hear who won the contest tomorrow in assembly; watch this space!

During Arts Week, the theme was Diversity, so we learned about many differently-abled artists, musicians, actors who have succeeded in their field. We took part in a dance workshop, exploring shape. In class, we looked at some artists who only use their feet or mouth to paint with. We tried drawing with our eyes closed, with our other hand and also with our feet - it was quite a challenge! On Wednesday, we visited the Mercer Art Gallery, where we looked at different works of art and created our own in the style of Nerys Johnson. In Maths, we explored triangles and triangular patterns. In Art, we have begun painting in acrylic on canvas with our fingers. Keep watching for the finished masterpieces!

We took part in a Zumba workshop as part of Healthy Week - lots of fun was had by everyone! 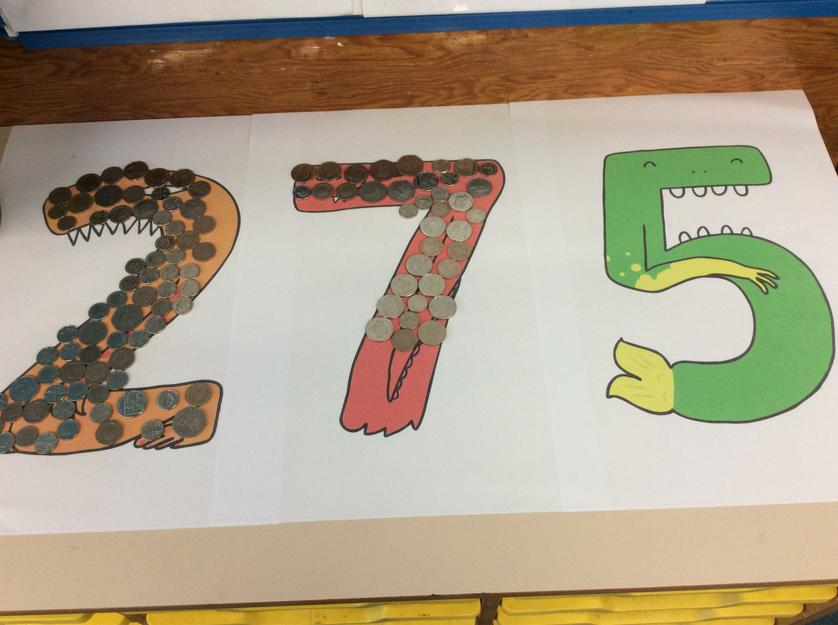 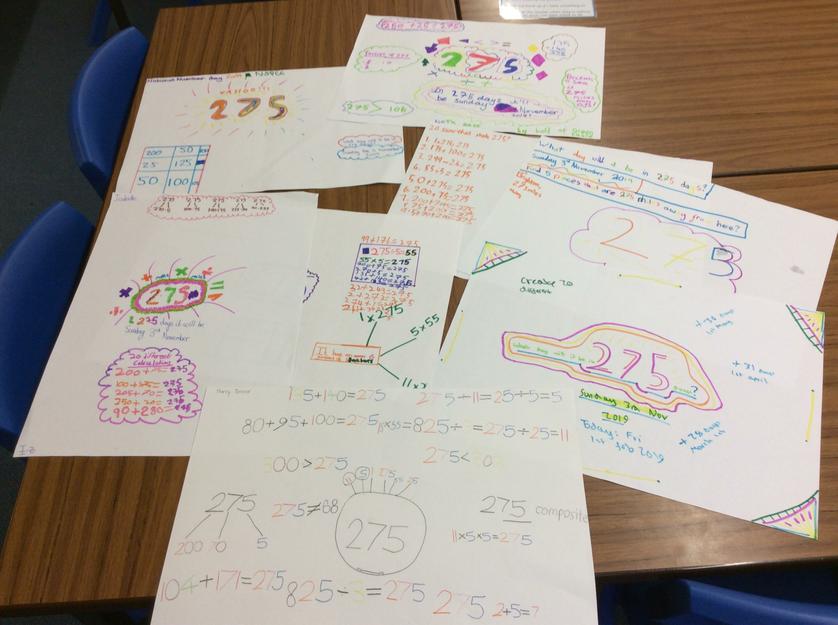 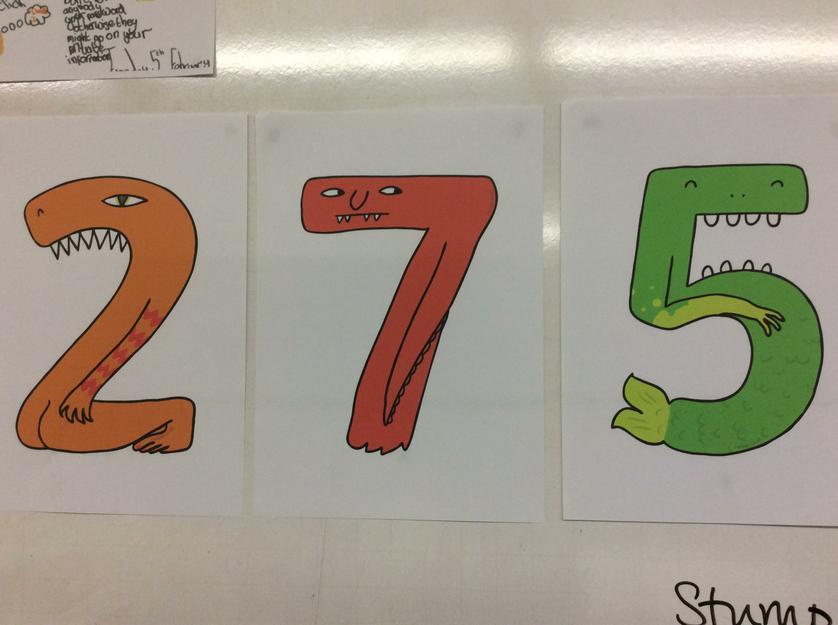 For NSPCC National Number Day, we were given the number 275. We spent some time finding out where would be 275 miles away from Harrogate, what date it would be in 275 days, the different ways we can partitition the number, creating calculations and even looking at the factors and prime factors of it! We also wrote either a diary entry by someone stranded on an island for 275 days; a story about the mysterious 275 King's Mount or a tale about PC275 who finds themselves in trouble...

Falcons Class raised £12.45 from our silver coins! Thank you to everyone for your contributions.

This morning, following a careful design and planning stage in DT, the Falcons made their felt Christmas decorations. I'm sure you'll agree that they look fantastic; well done to everyone for your hard work and super ideas! Thank you also to Mrs McCombe and Mrs Southworth for coming in to help too.

The Power of One - Anti-bullying Show

This week we watched the show, 'The Power of One', which dealt with the theme of anti-bullying. It was very informative and taught us that if we should ever see bullying happen, we should be an 'upstander' rather than a 'bystander' - someone who questions bullying behaviour and makes the victim feel better. James and Joseph were chosen to help out with one of the sketches.

Ruby and Henry were the deserving recipients of this half term's Special Mentions certificates, for their hardworking, positive attitudes, kindness and enthusiasm for learning! Well done to them both - they are inspirations to all!

On Tuesday, we were visited by Brian, who taught us lots of interesting things about Ancient Egypt & the Egyptians.

We learned about the River Nile, the pyramids of Giza, the pharaohs and the discovery of the tomb of Tutankhamun by the archaeologist, Howard Carter. We reenacted some of the scenes we had talked about, having much fun as we did so! 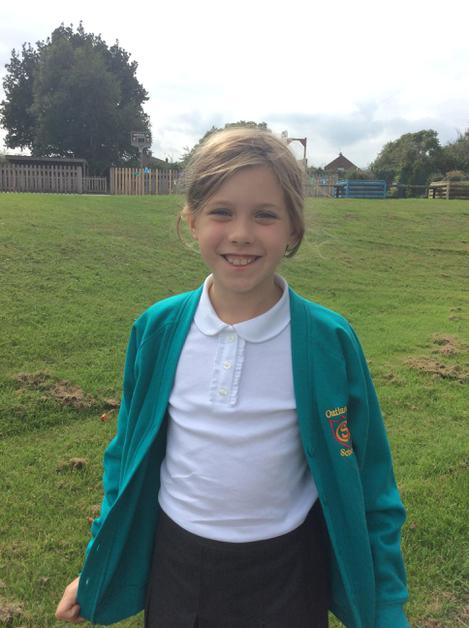 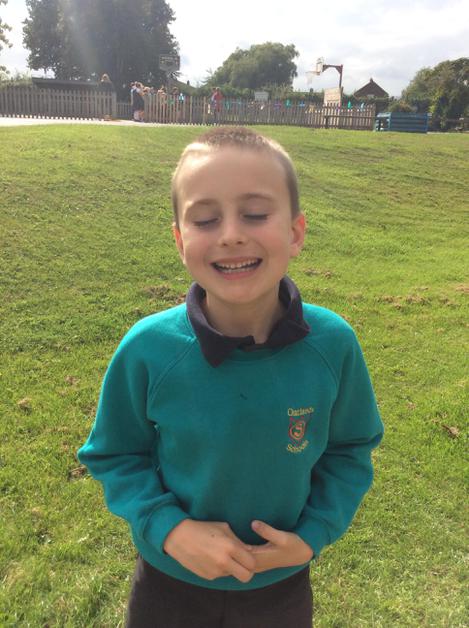